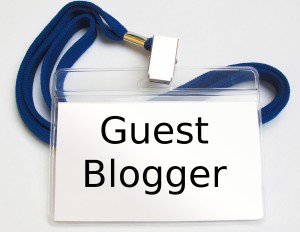 Google made it clear earlier this year that those doing guest posts “for SEO purposes” might be subject to penalties. But the latest chapter in its war on guest posts feels a bit crazy: an entire site put into Google’s penalty box because of a single guest post that Google didn’t like.

The situation involves DocSheldon.com, run by Doc Sheldon, a long-time SEO. Sheldon recently discovered that he’d been issued a penalty against his entire site, as he shared in an open letter to Google:

As you can see from the penalty report above, Google decided there were “unnatural links” from his site and applied a manual action that meant his entire site “may not perform as well in Google results.”

But Google Won’t Explain Exactly Why

So what were those links? Google failing to keep its promise to provide more examples relating to penalties. Google doesn’t appear to have shown what any of these unnatural links are, in order to give Sheldon a clue about what the exact problem was that hurt his entire site.

Hence Sheldon’s open letter, which he tweeted at the head of Google’s web spam team Matt Cutts (and which also got lots of discussion at Inbound.org). That got Cutts to reply with some specifics:

Cutts seemed to be referring to this page on Sheldon’s site, a guest post that was written in March 2013.

Condemned For A Single Link?

The post (which doesn’t appear to have changed since it first went up) contains two links at the end, within the author’s bio, one of them leading to his LinkedIn page:

The other link, as the arrow points to above, talks about where people can find a reliable source of “Hispanic data” which leads to a page that’s more a lead-generation pitch about big data as it applies to the Hispanic market rather than providing any direct, further information.

The SEO savvy person hypersensitive to any possible freak-out Google might have, will look at those words “Hispanic data” in the anchor text and get that Google might consider them too “keyword rich” and thus potentially suspicious. Such is the life of the SEO, condemned never to view the web as “normals” might, because as SEOs, they’re pretty aware that Google will hold them to a much higher standard than normals, if it ever takes a closer look at something.

So back to the tweet from Cutts. Apparently, he fired up some tool at Google to take a close look at Sheldon’s site, found this page relating to the penalty and felt that a guest post on Hispanic social networking wasn’t appropriate for a blog about SEO copywriting, as Sheldon’s site proclaims itself about in its tag line.

Therefore, this guest post is presumably something Google decided was done only for SEO purposes, rather than to educate Sheldon’s readers and thus was subject to Google’s new guidelines about guest posts that it established nine months AFTER this guest post went up.

Aside from the obvious disturbing action of Google in making up new rules and then imposing after-the-fact penalties, Sheldon’s site isn’t just about SEO copywriting. Let’s look at that tagline ourselves: