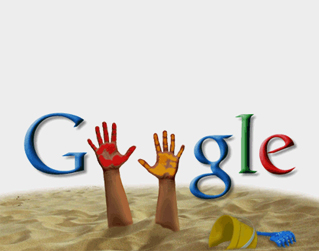 What Is Google’s “Sandbox?”

After a number of Google updates in 2004, webmasters began to notice that, no matter how well they optimized a new website, there seemed to be a delay between the time a new site was published and when it began to rank on Google searches. This led to the theory that Google had created a “holding area” for new websites, effectively banning new domains from search engine results pages (SERPs) until they could prove worthy of a high ranking position. Unlike Penguin and Panda algorithms, which Google acknowledges and have named, there is no direct confirmation of an actual “Sandbox” algorithm, though Google employees have hinted at its existence.

Why Does Google Penalize New Websites?

As discussed in a previous post, Google has a vision for the internet: high-quality websites with relevant, original content and organically-formed links coming to and going from each website. The Sandbox, therefore, is Google’s way of discouraging low-quality “spam sites” – websites with duplicate content, lots of “blackhat links” (links that were bought or created for the sole purpose of bumping up the site’s ranking), and temporary websites launched to capitalize on a trend or a promotion – from quickly reaching the top of SERPs. When these poor-quality or “fake” sites trick Google’s algorithms into ranking them in high positions, it deteriorates the quality of search results and destroys Google’s internet-topia; the Sandbox works like a probationary period for new sites, and rewards long-term domains while allowing short-term websites to die off without ever achieving a high ranking position.

How Long Will My Website Stay In The Sandbox?

Though not every website will be Sandboxed, the average time is takes for a new sites to escape is somewhere between six months and a year.

Time, it seems, is the single-most important factor in getting a new domain out of the sand. However, there are a number of things you can do to limit the duration of a website’s Google-imposed probationary period, and it doesn’t hurt to get your website fully-optimized for whenever it finally does begin ranking in the SERPs: